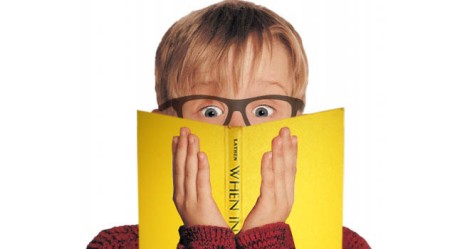 Here are some easy and fun to read pieces of literature that loads of architects reference all the time.  Some of these are seminal works, some of these are short, coffee table books, some are textbooks, and some are forums hosting engaging, lively, and important conversations about current architectural issues.

In no particular order:

Why Architecture Matters – Paul Goldberger
This book is exactly what it sounds like.  Goldberger touches on the transcendent beauty that can be found in great buildings, architecture’s role in recording human traditions and values throughout time, and much more.

The Death and Life of Great American Cities – Jane Jacobs
One of the seminal works I mentioned earlier, this book (and author) has had a tremendous influence on the way we design cities and the structures that make them up.  It was written in response to the modernist, top-down urban planning of 1960s New York City.  Jacobs eloquently analyzes and reflects on the human and built influences on the quality of urban spaces from the perspective of the citizen rather than the planner.

Anything by Francis D.K. Ching
Anyone starting architecture school will likely be referred to at least one “Ching book” within a few days of starting their first semester.  These masterfully illustrated textbooks are the gold standard when it comes to the basic principles of architecture.  They’re all fantastic, but I would probably start with Form, Space, and Order or Architectural Graphics.

101 Things I Learned in Architecture School – Matthew Frederick
A short little page turner.  Each page has a short little blurb and a cool drawing of a little gold nugget of architectural factoid.  10 stars/5.

A Pattern Language: Towns, Buildings, Construction – Christopher Alexander
This one can be a little bit much to take in all at once, but it’s format makes it great for reading in short doses which is why I keep it in my bathroom for… reading breaks.  The book describes a new “language” comprised of timeless design problems and their solutions – “patterns.”  It intends to empower anyone, not just professionals, to improve the built environment around them.

The Image of the City – Kevin Lynch
This book proposes a theory of “imageability” to describe what makes a city memorable and meaningful.  Lynch argues for the use of this theory as a guide for the building and rebuilding of cities.  After reading this, you won’t be able to stop yourself from classifying the world around you into terms like nodes, edges, districts, landmarks, and paths.

reddit.com/r/Architecture
The architecture subreddit is a great place to ask questions, look at pretty pictures, and and get a dose of optimism about the state of architecture (usually).  On the other hand, the forum at…

… Archinect tends to be a little more critical, cynical, intellectual and, for me personally, it is more likely to influence how I operate as a designer and thinker.  Check both forums out and see what you like.